​In the morning hours of October 6, 2009, an intruder broke into the Milwaukee-area home of 19-year old Ashleigh Love, walked to her bedroom, and shot her to death while she was sleeping. More than 13 years have passed since she was killed, and the case is still cold. No suspects have been arrested. No justice has been served.

In the aftermath of her death, Ashleigh’s parents, siblings, best friends, colleagues, and classmates come together in an attempt to share the full story and set the record straight. No stone is left unturned while dozens of theories are presented in an attempt to answer one simple question: Who Killed Ashleigh Love? Emmy Award Winner Kyle Olson hosts.

On the night of October 5, 2009, Ashleigh Love returned home from work at Arby's. That evening, Ashleigh spent time with her family as they watched a Green Bay Packers football game. Later, Ashleigh took a shower and went to bed for the night. According to Ashleigh’s family, it was another normal night and there was nothing out of the ordinary.

At approximately 2:00 AM, an armed intruder broke into the Love’s residence. The intruder proceeded inside Ashleigh’s bedroom on the second floor. The intruder took aim and shot Ashleigh in the face with a shotgun while she lay in her own bed.

After the shot was fired, Tammy (Ashleigh's mother) recalls being jolted from her sleep.  After waking, Tammy alleges she heard footsteps outside her door as if someone was running down the stairs from Ashleigh's room. Tammy got out of bed to investigate the noise, and when she opened her bedroom door, the intruder was standing in front of her with a shotgun in hand. Tammy was frightened and thought the family was being robbed.  She started to scream and said to the masked intruder, "take whatever you want and please leave".

After Tammy had a brief face to face encounter with the intruder, the intruder ran out of the home.  Tammy believes that the intruder had an accomplice, recalling, “I heard something, like a flash. I could see like somebody else running.”  Nothing was taken from the Love's household that night, which led investigators to quickly discount burglary as a motive. As a result, investigators believe that Ashleigh was specifically targeted. Though the intruder wore a bandanna that concealed the lower half of his face, Tammy describes him as a Hispanic male approximately 20 years of age with average height and build. The intruder had short, spiked black hair, and wore a dark zippered sweater or jacket.  Investigators have also not not ruled out the possibility of an accomplice.

According to the Milwaukee Police Department, everyone who knew Ashleigh in some capacity was thoroughly reviewed. Evidence was collected from the household after the night of the murder, but the contents cannot be disclosed to protect the integrity of the investigation.
​
Ashleigh’s family mourns the loss of their beloved daughter and sister, and hope that one day, her killer will be brought to justice. Over 13 years later, the murder of Ashleigh Love remains unsolved. 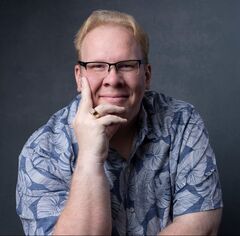 Kyle C. Olson is an award-winning producer, director, and storyteller.  He has traveled the world while working on world-class productions, and has had the pleasure of working with some of Hollywood's biggest stars.  He also won his first Emmy Award at age 30.

He has worked on numerous television shows, including HOUSE OF THE DRAGON, KEVIN HART: DON'T F*** THIS UP, THE FOUR, AMERICA'S NEXT TOP MODEL, DANCING WITH THE STARS, and THE BACHELOR -- just to name a few.  On each of these shows, Kyle bring new talents to the table -- often wearing more than one hat for a production.  He has had extensive and diverse experience working in production, casting, and serving as a director and producer.

Kyle brings a level of energy to his craft that is fresh, dynamic, and invigorating to all he works with.  In 2019, Kyle's latest documentary, THE LAST SIGNAL, received the Mid-America Emmy Award for "Best Historical Documentary".  In 2018, the film received the title of "Best Documentary" at the Normandy WWII Film Festival in Normandy, France - an honor bestowed by the cast of the hit HBO series BAND OF BROTHERS.

In 2015, Kyle was the recipient of the Milwaukee Press Club Award for "Best Documentary" for his directing work on LETTERS TO ASHLEIGH - a movie about Ashleigh Love's senseless murder and how the community rallied together after an unimaginable tragedy to help the Love Family move forward with life as they know it.  During the premiere of the film at the Marcus Majestic Cinema, Kyle was moved by the community response and what the then-Captain Pointe of the Milwaukee Police Department shared.  Captain Pointe said, "Someone knows something - and it's because they have not come forward yet that this case is not solved."  Years later, those words have stuck close to Kyle - which inspired him to team up with Noelle, Shawn, and the Love Family to create LOVE & JUSTICE.  ​ 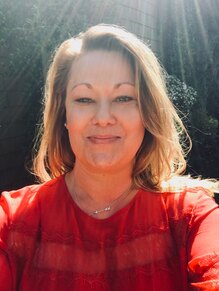 Noelle Cain is a Casting Director, Talent Producer and Brand Ambassador Consultant in Los Angeles, CA with over a decade of experience casting real people on a variety of reality television shows and projects, including several Emmy Award-winning series.  Noelle is constantly on the hunt for new talent in news articles, on social media, even in grocery stores and on the side of the road!  Having conducted thousands of interviews, she has an innate ability to connect with people from all walks of life and proven track record for discovering authentic characters and game-changing talent. Whether she’s interviewing a salt-of-the-earth alligator hunter from Lafayette, LA, a Homicide Detective from Brooklyn, NY, or a Grammy Award-winning singer from Atlanta, GA, Noelle’s interview style brings out individuality, authenticity and candid moments.

Noelle began her career casting SURVIVOR, THE AMAZING RACE and TOP CHEF.  After learning the ropes on big, competition shows, Noelle worked on-location, in Louisiana, while casting several seasons of BILLY THE EXTERMINATOR and SWAMP PEOPLE.  When the true crime genre started to explode, Noelle began interviewing a “who’s who” of law enforcement - building a treasure trove of top Detectives, Crime Scene Investigators, Prosecutors, Defense Attorneys, Judges and Federal Agents.  More than once, she had the honor of interviewing the best of the best, from throughout the United States, including top detectives and attorneys for COLD JUSTICE and COLD JUSTICE - SEX CRIMES.  Her most recent success is with the cast of MTV’s SIESTA KEY, an ensemble cast in the docu-series genre, that Noelle has taken from discovery to present day’s season three.

In 2015, Noelle met Kyle while working together in Florida, and they instantly hit it off.  When Kyle shared LETTERS TO ASHLEIGH with Noelle, she was immediately struck by the story of Ashleigh Love.  She was touched by the courage of the entire Love family - how did they find the strength to read those letters?  Noelle found Ashleigh’s mother, Tammy, to be both riveting and relatable.  Horrified to learn that Ashleigh’s murder remained unsolved, Noelle felt a deep responsibility to do something to revive this case.  After years of collaborating with Kyle - countless brainstorming sessions and meetings at diners - LOVE AND JUSTICE was beginning to take shape!  Then, Special Agent Shawn Smith, a detective that Noelle had wanted to cast on several projects, finally retired (or so he thought).  Shawn Smith has dedicated his life to justice and solving cold cases.  Upon hearing about Ashleigh Love’s case and Tammy Love’s relentless quest for answers, Shawn agreed to work Ashleigh’s case pro bono, on behalf of the Love family.  After 10 years with no answers, together they present… LOVE AND JUSTICE. ​ 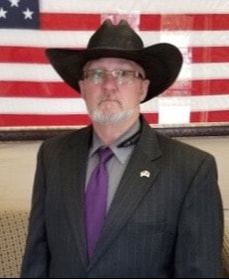 Shawn is a 38-year law enforcement veteran.  He is retired from the Montgomery, Police Department, Alabama.  During his last 14 years at MPD, he was assigned to the Robbery/Homicide Bureau.  During that time, he was promoted to Detective, Corporal, Sergeant and Lieutenant.  During his last six years, he was the Commander of the Homicide Unit which he was tasked with forming. During his time with the Montgomery Police Department, he was involved in over 350 murder investigations, several hundred suicides, and accidental or undetermined death investigations.  ​He has also investigated “In-custody” death investigations and officer involved shooting investigations which were worked in partnership with the Alabama Bureau of Investigation.  ​During his time with MPD he also worked on a part time basis for the State Medical Examiner’s Office where he assisted the Medical Examiner with post-mortem examinations.   He was also an adjunct instructor on Death/Homicide Investigation at both the Montgomery Police Academy and the Alabama State Trooper Academy.

Shawn is currently employed with a the Alabama Attorney General’s Office as the primary Cold Case Investigator for that agency.  He covers all 67 counties in the State of Alabama.  The primary focus of the Cold Case Unit is to review unsolved or unresolved cold case sexual assaults and homicides throughout the State.  Since 2009, he had obtained convictions on 14 individuals on over 60 criminal charges in cases ranging from various sexual assaults, arson, robbery, kidnapping, attempted murder and murder in cases dating back to 1985.   Shawn has also been involved with his Agency in providing training throughout the State of Alabama to federal, state, county and municipal law enforcement agencies where he has focused on methodology and investigative strategies in investigating violent crime cold cases as well as death and homicide investigations.

​His current duties involve traveling to law enforcement agencies across the state and conducting research into any unsolved or unresolved sex crimes, sexually motivated homicides and other types of homicides. This requires building relationships with each agency he works with. Evidence generally will have probative biological evidence that can be submitted or in some cases re-submitted to Forensic Sciences for analysis. He conducts comprehensive reviews of cases to include physical examination of evidence and parsing what evidence can be tested or re-tested. Agency case files are reviewed in detail to determine what actions need to be taken and determine what information has previously been developed. This includes working with and reviewing case files from multiple agencies. This work also involves locating and interviewing victims, witnesses and suspects and determining when and if charges should be pursued, preparing comprehensive reports pertaining to these investigations and working either independently or as a team member. Additionally, he testifies in Grand Jury, District and Circuit Court as needed to move the case forward through the legal system. ​